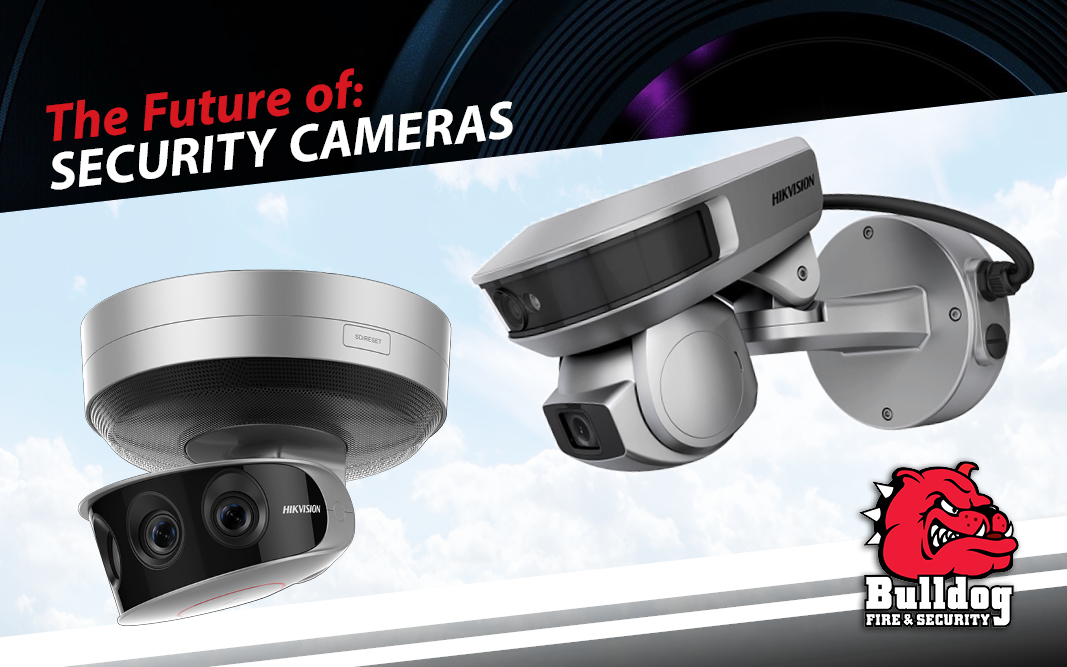 The first CCTV system was developed during WWII in Nazi Germany, so scientists and engineers could watch test missile launches.  The 1970s marked the introduction of the VCR, which launched video surveillance into becoming commonplace.  This development kick-started a security camera revolution, which has not slowed down over the past 50 years.  With so much advancement in such a short period of time, we wanted to look at what the future might have in store for this growing market.

The Not So Distant Future

There have been some great developments recently that are just in their infancy.  Video Surveillance as a Service (VSaaS), and advancements with Facial Recognition are functions that are continuing to improve at an incredible pace.

Video Surveillance as a Service

Video Surveillance as a System (VSaaS) is a web-hosted, wireless security system that allows users to remotely store, manage, record, play, and monitor surveillance footage, entirely in the cloud.

With VSaaS, IP cameras are used to stream security footage to the provider’s site.  Since VSaaS is managed in the cloud, users can access footage or cameras from anywhere, at any time through a desktop, laptop, or mobile device.

While it’s not uncommon to have facial recognition technology available through security cameras, its ability to identify and track an individual is continuing to develop.  Facial recognition is advancing to a point where an operator can identify a person, and with a click of a button, know what that person was doing before and after an event.  This is incredibly helpful in identifying whether that person had any accomplices or determine if they jumped into an escape vehicle, ideally capturing a licence plate number before they leave a site.

Additionally, through facial recognition software, an operator would be able to highlight a person in a piece of footage, and have the system find additional footage of similar looking people.

While facial recognition does an incredible job finding probable matches within captured footage, a human operator is still needed to confirm identity and determine appropriate action.

The Future is Bright

One of the most prominent influences in the security camera industry today is artificial intelligence (AI) and automation.  We’ve spoken about how today’s security cameras are getting smarter by identifying events as they occur but, the next generation of cameras are proposing to stop an incident before it even happens.

Technology being developed by Carnegie Mellon University is being built to review live video and try to identify suspicious behaviour based on body language.  This potentially has the ability to spot would-be thieves just based on their physical behaviours.

Similarly, a new project from scientists in the UK and India are using cutting edge AI and drones to identify violent behaviour in crowds.  Again, the algorithm within the technology is used to estimate “the poses of humans in the video and matches them to postures the researchers have designated as violent.”

To schedule a no obligation assessment of your facility’s Security Camera System needs, call us at 1 866 670 1590, email info@bulldogsecurity.ca, or fill out the contact form below.

One Reply to “The Future of Security Cameras”